The Tenaha Tiger’s victory over the visiting Tigers from West Sabine was never in jeopardy Saturday night at Raymond Jackson stadium where the hometown Tigers sailed to a 36 – 16 win.

When Tenaha’s quarterback took a knee on the last snap to let the clock run out its final 9 seconds, they were in sole possession of first place in District 11 2A as the only undefeated team at 3-0 in district play.

“Tonight’s game started off pretty good,” said Tenaha’s Coach Jeremy Jenkins. “I think we got comfortable, got a little sloppy. But you know, it was a big win, these are the only two teams that haven’t lost in district yet. So we’re really in the driver’s seat.

“If we can finish out to win the district, that’s our number one goal heading into the playoffs. A lot to be happy about, but we weren’t very sharp tonight at all,” he said. “And still beat a good team so that just shows the potential we have.”

Scoring for Tenaha started with Jeremy Patton’s run from the 8-yard line following a West Sabine fumble inside their 20, and the Manuel Loredo extra point kick was good making it 7-0 Tenaha. Less than five minutes later, a Tray Tutt reception and another extra point made it 14-0 following a blocked West Sabine punt that gave Tenaha the ball on the West Sabine 21.

`On Tenaha’s next possession, a Trindon Claiborne pass out of the end zone connected with Johnnie Robertson who took the ball to the 25. In the opening moments of the second quarter, Patton carried the ball 38 yards for six more points, and a two-point conversion made it 22-0.

Claiborne scored again with 2:39 remaining in the half carrying the ball in from the 2-yard line following a 65-yard pass and run to Tray Tutt that ended just short of the goal line. The point-after attempt failed leaving the score at 30-0 when time ran out at the end of the second quarter.

Tenaha added their final points for the night at 9:33 remaining in the fourth quarter with a 16-yard run by Tre Keggler who fought off several defenders to reach the end zone. The point-after attempt failed leaving Tenaha’s final tally at 36. With 2:46 left to play West Sabine added 8 more points with a 5-yard run by Julius Mason and with a successful 2-point conversion, 16 points was the night’s total for the visiting Tigers.

Top three offensive players for the night were Trindon Claiborne with a 46.2 percent completion rate for 143 passing yards, two interceptions and one touchdown; Jeremy Patton with 9 carries for 92 rushing yards and two touchdowns; and Tray Tutt with two receptions for 86 yards and one touchdown.

The MaxPreps “Player of the Game” was Jeremy Patton.

Both teams drew penalties for minor infractions, but with 4:07 to go in the game, flags flew all over the field and both benches emptied when a tackle near the West Sabine benches resulted in a free-for-all.

END_OF_DOCUMENT_TOKEN_TO_BE_REPLACED 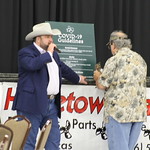 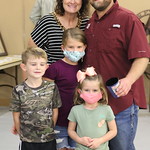 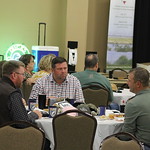 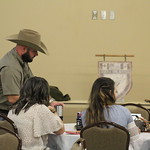 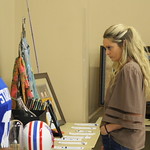 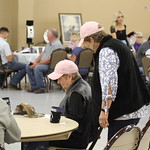