Tigers blow past the Bears after early scare

The Tenaha Tigers are no opponent to be taken lightly. They currently rest at No. 5 on the Texas
Association of Basketball Coaches poll for Class 2A. The Timpson Bears were fully aware of Tenaha’s
capabilities heading into this ballgame. Timpson would raise a few eyebrows by ending the first quarter
ahead of their ranked adversary, but would ultimately fall, as the Tigers collected themselves and played
to their potential.
Brandt Behrens was the first on the board giving Timpson a very early 2-0 lead. Timpson would go up 5-0
before Tenaha’s JJ Patton would make a three-point swing on a bucket plus a foul shot. The Bears
opened some eyes with their first quarter of play in the Special Events Center in Tenaha. Timpson did an
excellent job of crashing the boards during the first half of this ballgame. Their efforts were rewarded
with a 10-8 lead heading into the second quarter of play.
In the second period, Tenaha took control of the game and never looked back. Deuce Garrett tied things
up at 12 on two free throws. Hayden Jenkins then took the lead from the Bears by knocking down two
more penalty shots. The Bears were able to keep things close during the first half of the second quarter,
but a late run by the Tigers would put them up 27-19 at halftime.
The Tigers built upon the momentum gained just before halftime with heaps of effort from their players
on the floor. Tenaha stepped things up by completely flipping the rebound game that Timpson had
controlled in the first half. Trindon Claiborne was shooting lights out in the third. He knocked down four
three-pointers in this quarter alone. Tenaha added 31 points to their total before heading into the final
quarter of play with their lead resting at 58-28.
Unfortunately, the Bears were unable to recapture any of the magic from the first quarter, and they
would ultimately fall 77-45.
“That’s a good team we just beat, it really is,” said Tenaha Basketball Coach Greg Jenkins of the Bears.
“They’re going to make some noise in this district. It’s not going to surprise me at all if they’re in the
playoffs, so first of all, I’d like to give a lot of credit to them. They run in a packed in 1-2-2, and early on
we couldn’t make a shot. We got some decent looks, but they didn’t go in. We had a good little run right
before the end of the half, we played good defense, and they only had 18 points in the first half. They’ve
got five kids who can put the ball in the basket, so we opened it up in the second half with the full-court
run-and-jump, and the kids are really good at it. Probably my fault for not having us in it earlier.”

Tenaha’s Deuce Garrett lead the Tigers with a whopping 29-point game. He was money from the free
throw line going 13 of 15 on free throws. Trindon Claiborne really came alive the second half knocking
down six three-point shots on his way to a 20-point finish.
“We look up tonight, and Trindon Claiborne just caught on fire. That’s really why we think we have a
legitimate shot this year. We think we have a complete eight-man roster of kids who do the things we
ask them to do,” said Jenkins.
Michael Hogg finished the night with 14 points for the Tigers, JJ Patton made his presence known with
10 points, and Hayden Jenkins deposited five.
On the Bears’ side, Braden Courtney led the team with a 12-point total, Page added 10, Camden Foster
had nine, Garrett Askins totaled six, and Shykeem Washington and Brandt Behrens each added two.

END_OF_DOCUMENT_TOKEN_TO_BE_REPLACED 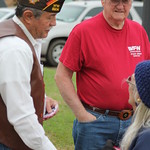 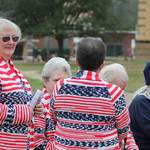 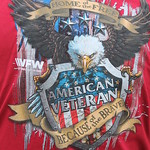