A slow start told the tale for the Lady Rams. Grapeland batted first, as they represented the away team in this contest.

The Lady Sandies were able to jump out to a 3-0 lead after the top of the first inning. Joaquin was unable to make any headway at bat in the first leaving the score at 3-0 heading into the second.

In the top of the second, it seemed as if the Lady Rams were hitting their stride on defense. It was three up, three down for the Lady Sandies. The first out was a ground ball hit to shortstop Kennedy Stanley. Stanley delivered the ball to first baseman Maddisyn Cheatwood for the out. Next was another ground ball, this one to pitcher Chloee Mason.

The final out of the top of the second was a strikeout by Mason. The Lady Rams managed to get on the scoreboard in the second inning, when Ebbie McCann singled on a ground ball to right field allowing Kalie Brooks to get across the plate.

The third inning didn’t go as well for Joaquin. The Lady Sandies added two runs to their total and prevented Joaquin from adding any to their own. This brought the score to 5-1 heading into the fourth. Joaquin needed to come up with runs and slow down Grapeland to have a chance in this one.

Joaquin held Grapeland to one run in the top of the fourth and sent three runners of their own across the plate to narrow the gap to 6-4. Brooks was sent across the plate once again, this time on a Madison Baker ground out. McCann scored next off of a Chloee Mason single. Finally, Jayden Bass made it home on a line drive to left field from senior Molly Mason.

The fifth inning saw both teams come up scoreless keeping the score at 6-4, Grapeland. Joaquin trimmed the lead to one at 7-6 heading into the final inning.

Grapeland added one more score in the top of the seventh. With a score of 8-6, the Lady Rams had one more chance at bat, but unfortunately, they were unable to finish the comeback.

“Our kids showed a lot of resilience, a lot of competitiveness. We got down early, but hey, showed a lot of heart and made a ball game out of it. Can’t ask for anything more,” said Joaquin head softball coach Steven McCann.

McCann also had nothing but good things to say about his only senior Molly Mason. “I’ve had her for four years. She’s done an amazing job for the last four years,” Mason said. “One of the most successful kids to come through our program over the past 10 or 12 years, and I’ve enjoyed coaching her.”

END_OF_DOCUMENT_TOKEN_TO_BE_REPLACED 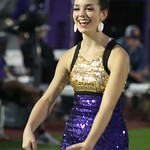 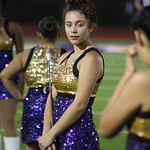 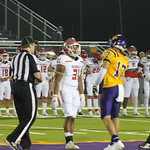