The Joaquin Rams have been eliminated from playoff contention. Joaquin faced off against Groveton on
Friday night at Nacogdoches High School for the Regional Semi-Final. Groveton would ultimately take
the victory, 48-24.
The Rams have had a phenomenal year, going 10-3 on the year. They finished the regular season with a
record of 8-2 and a district record of 5-1. Joaquin raised some eyebrows with a playoff win over the Alto
Yellowjackets in the second round. Alto remained undefeated through the regular season and one round
of the playoffs, but the Joaquin Rams stepped up and knocked off the No. 8 ranked Yellowjackets.
The game began with Groveton receiving the opening kick. The Indians used their fast-paced spread
offense to march down the field. Groveton’s offense made good use of its spread offence to get within
striking distance of the goal line. Quarterback Cade Steubing would end the drive on an empty backfield
draw play that went for 11-yards and a touchdown.
With 8:47 left to play in the first quarter, the Indians employed a short, high kick toward their sideline
that would result in Groveton recovering the football. Joaquin’s defense stood strong and forced a punt,
giving their offense a chance to hit the field.
Joaquin pinned at inside their own 10-yard line made the most of the offensive possession. A couple
handoffs to Lorenzo “Boogie” Lane provided the Rams with a first down. A few short plays later, Connor
Bragg takes the handoff 68 yards to the house. Jesus Bravo provided the extra point for the tie. The
score now rested at 7-7 with 3:06 left in the opening quarter.
With only 29 seconds left on the clock, Steubing fakes the handoff and keeps the ball for a 29-yard
touchdown. Groveton’s short kick would against them this time around, as Joaquin was set up at the

Indians 46-yard line. Those 46 yards would quickly be eaten up by Lane on the very next play, as he took
the ball in for a Joaquin touchdown with 16 seconds left in the first.
The lead gained by Groveton in the second quarter would ultimately tell the tale for this ballgame.
Steubing threw a 27-yard touchdown pass to Davuarrio Horace early in the second quarter and another
to Zack Fisher with four minutes left in the half. Joaquin was unable to add any points to their total and
would head to the locker room trailing 28-14.
Joaquin would strike first in the second half. Joaquin’s offense moved the ball down the field before
quarterback Chandler Pritchett would pound the ball in from the one-yard line.
Steubing continued a stellar night by hitting wide receiver Cole DeWitt for a deep touchdown pass
bringing the score to 35-21 heading into the fourth.
Both teams buckled down on defense early in the final quarter. Groveton’s Trenton Torregrossa finally
got loose on a 64-yard sprint to pay dirt with only 2:21 left in the game. Joaquin’s Lane would find the
endzone one last time as a Joaquin Ram, but the damage was done. The game would end 42-28,
Groveton.
“We made too many mistakes. In a big ballgame like this, games come down to turnovers and special
teams. When you don’t make the plays, and you give a team like that the extra possessions and extra
opportunities to score, it’s hard to overcome,” said Joaquin Head Football Coach Wade Lawson, “I’m
very proud of my kids. I thought we fought all night long. It was a testament to who they are and their
character. We just dug ourselves a hole we couldn’t get out of. It’s like I told my guys, ‘The true
testament of a man is not when things go his way, it’s when they don’t’. We just simply got beat tonight.
I thanked my seniors for everything that they’ve given me. They have been a great group of young men.
They have raised the bar each year that I’ve been here. I have challenged our younger guys. They know
what it takes to get back here. It takes a lot of hard work during a lot of months of the year, and that’s
what we’re going to continue to do.”

END_OF_DOCUMENT_TOKEN_TO_BE_REPLACED 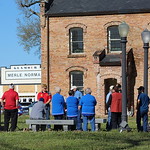 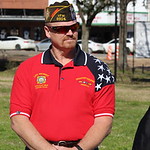 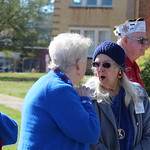 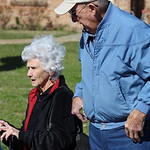 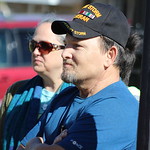 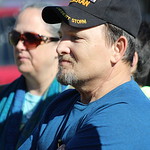