“We are very proud of him,” Coach Wade Lawson said. “I can’t say enough good things about you (from me) as an athletic director.”

Lawson handed the microphone to coach Jared Jones, who had prepared a written speech for their soon-to-be Joaquin alumni set to graduate next spring.

“First of all, I just want to say how proud I am. Connor - you are so smart - in athletics and track and field in particular,” Jones said. “I think all of the boys here agree that he isn’t the funnest person to practice track and field with.”

“He has unquestionable work ethic that you can’t help but admire,” the coach said. “He has helped establish this Joaquin track and field team as one of the best programs in the state of Texas.”

Jones went on listing a number of Bragg’s accomplishments during his years at Joaquin; he has been to the state championship track meeting every year that he has been in high school at Joaquin. He has qualified in four different events, he is a two-time state champion in the long - jump; and he has brought back 3 runs from Austin, which “by far is a record at this school,” Jones said.

In his freshman year, Bragg was the area champion and the winner of the first ever two-day Regional Championship (of any kind) for Joaquin in his sophomore year.

“He has won more district and area medals than I can count,” Jones said.

Jones ended his speech to Bragg before the scholarship signing expressing his pride.

“I am proud to have been given the opportunity to coach him,” Jones said. “And I am even more proud to see him get the chance to continue his track and field career and receive a quality education.”

END_OF_DOCUMENT_TOKEN_TO_BE_REPLACED 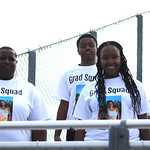 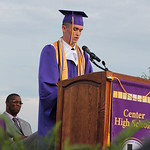 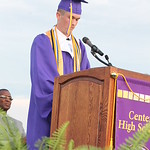