The Joaquin High School Boy's and Girl's Track athletes continued their push into the post season by competing in the 2A Region 3 Track Meet this past weekend at Palestine High School.

The top 4 qualifiers from UIL Class 2A Districts 17-24 showed up hoping for a chance to advance to the State Track Meet in Austin on May 10th-11th. The top two finishers in each event automatically qualify for the UIL Class 2A state meet, and the top third-place finisher among the four regions also earns a wild-card entry to state.

Joaquin track teams took two girls and four boys to compete in multiple events. The team of 4 boys finished 3rd overall as a team and the team of 2 girls finished 4th overall.

During the two-day meet five athletes qualified to advance to the the State Meet:

• Connor Bragg is the reigning 2A State Champ in the Long Jump and the back-2-back Region 3 Champion with a jump of 22'2" at this year's meet. He also took 4th place in the 100m.

• The 4x200m team of Connor Bragg, Hunter Gates, Boogie Lane, and Gunner Nelson took 3rd and earned the state's wild card entry to compete at state. Region 3 had three of the fastest teams in the state.

Congratulations to these young athletes on their hard work and success.  We wish them the "Best of Luck" at State competition.

The State Track Meet will take place May 10-11, at Mike Myers Stadium at The University of Texas in Austin.  For more information and the meet schedule you can go to the following link https://www.uiltexas.org/track-field/state.

END_OF_DOCUMENT_TOKEN_TO_BE_REPLACED 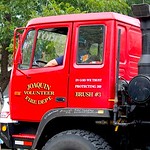 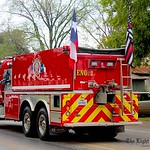 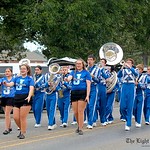 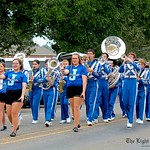