The Center Roughriders had a big second half comeback to edge out the Gladewater Bears, 41-40, Friday night at Roughrider Stadium in a back-and-forth game.

The Bears took a 20-14 lead into half time but Center came back to tie the game 20-20 early in the third quarter. That play came after a Gladewater turnover.

The Roughriders came back with less than a minute left in the third quarter on a Horace 90 run to put Center up, 27-20.

Horace scored twice in the fourth quarter as the Roughriders overcame two big special teams plays by the Bears to move to 2-1 on the year. Gladewater drops to 1-2.

But the Bears were not to give up and got on the board again in the fourth to take a 27-26 lead. Gladewater advanced their lead when they blocked a Center punt in the fourth with another score, 34-27.

Another TD by Horace with 6:25 left in the game tied things up again, 34-34. But the Bears took the next Riders' kickoff on a D.J. Allen run down to the 5-yard line setting up a Triston Holmes TD putting Gladewater up 40-34.

A touchdown by by Horace knotted things at 34-34 with 6:25 to play, but Allen returned the ensuing kickoff to the Center 5-yard line to set up a TD run by Holmes for a 40-34 Gladewater lead.

Horace then scored his third TD of the second half with 4:49 to play to give the Roughriders a 41-40 victory.

With 4:49 left in the game, Horace once again did his magic to tie the game 40-40 and a good point after touchdown attempt was good to give the Riders a 41-40 victory.

END_OF_DOCUMENT_TOKEN_TO_BE_REPLACED 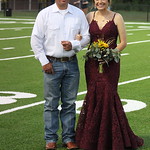 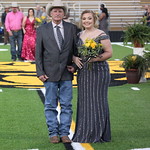 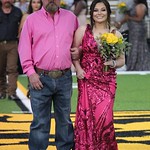 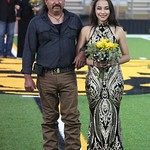 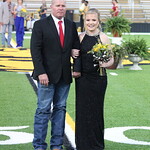