Funeral services for Herman Glen Bates, 74, of Logansport were held at 11:00 on Thursday, November 19, 2020 with Bro. Charles Hall officiating.

Herman was born on December 7, 1945 in Shreveport, Louisiana to D.E “Tot” Bates and Blanch White Bates and passed away on November 16, 2020 in Shreveport at the age of 74.  He grew up in the Haslam, Texas community and graduated from Joaquin High School in 1964.

Growing up in Haslam, Herman developed many lifelong friendships and loved to recount the many memories of them hunting, fishing, swimming, camping, and simply growing up together. He was very quick to correct anyone who would say that he grew up in Joaquin by simply saying “I grew up in Haslam, get your geography straight.”

He was known for his humor, loyalty, hard work ethic, and above all, his intellect.  In fact, Herman would take it upon himself to assist his friends in their schoolwork and college planning, something he was not able to pursue himself due to his commitment to taking care of his family after the death of his father in 1965.

Upon completion of high school, Herman began his lifelong career as a Pipeliner, having retired in 2012.  Over the course of 48 years, he worked on projects across the United States including the Trans-Alaska pipeline in the 1970s.

In 1969 he was given the CB handle “tail chain” which he was known by amongst his close pipeline buddies.  He loved to travel, whether it be for work or leisure, and especially loved the Oregon Coast (Coos Bay) and his beloved Alaska.  Herman was well respected for his experience and expertise in all areas of the pipeline industry, specifically engineering and directional drilling.  Prior to his retirement, he was a chief inspector for Universal Ensco of Houston Texas.

In 1967, Herman received his Draft Notice for the war in Vietnam while working in Woonsocket, Rhode Island, and proudly served his country from 1967 through 1969 having spent 1 year in the Mekong Delta region of Vietnam as a member of 9th Infantry Division, 9th Military Intelligence Detachment.

Herman was well respected buy his peers and superiors equally and advanced to the rank of Staff Sergeant (E-6) in only two years.  He was awarded many medals and awards for his service in Vietnam including a Bronze Star with 2 oak leaf clusters, Army Commendation Medal with 1 oak leaf cluster, Good Conduct Medal, Vietnam Campaign Medal, Vietnam Service Medal, and National Defense Service Medal. \

Herman was especially pleased when his son, Preston, made the decision to follow his father’s footsteps and join the U.S. Army himself.  A special moment was when he was honored to place his son’s blue infantry cord on his uniform at his military graduation in 1997 in Fort Benning, Georgia. Herman was a lifetime member of the American Legion, VFW, and DAV.

Herman had a lifelong love for the outdoors, namely hunting and fishing.  He loved to tell stories of hunting in the “Dolet Hills” community in Louisiana and “Ashton Hill” area in Shelby County, Texas, along with his many fishing trips along the Sabine River as well as his many “secret spots” including Horseshoe Lake, Yellow Dog, Tenaha Creek, McFadden Creek, and Socagee Creek to name a few.

Preceding Herman in death were his parents D.E. “Tot” Bates and Blanch Bates; His brother Robert “Bob” Bates; his sisters Mae Ella Beckham and Alice Fern Prudhomme; and his great-nephew, David Bates.  Herman is survived by his wife of 36 years, Alice Bates of Mansfield, LA; his son, Preston Glen Bates and husband Jay of Shreveport, LA, along with his “grandson” Smith, a blue Staffordshire Terrier; his nieces, Jana Gillispie and husband Quint of Shreveport, LA, Tanya Brooks of Orlando, FL; Janice Foust of Conroe, TX, Alice Cupp of Houston, TX, and Rita Dickerson of Joaquin, TX; his nephews, Webb Bates and wife Norma Gene of Joaquin, TX and Milton Bates and wife Kay of Joaquin, TX; his special lifelong friends, Evon and Johnny Mack Daw of Nacogdoches, TX; and his long-time caregiver and friend, Jackie hunter of Stanley, LA.

The family would like to send a sincere thank you to the Overton Brooks VA Medical Center and Jackie Hunter for their excellent care over the years as well as his many friends and loved ones that always brought a kind word and smile to his face.

For anyone wishing to make a tribute in Herman’s memory, the family suggests donations be made to the Veteran’s charity of your choice.

Herman will be greatly missed by all who knew him.  In lieu of a traditional burial, his ashes will visit the places across the United States that held special memories for him.

END_OF_DOCUMENT_TOKEN_TO_BE_REPLACED 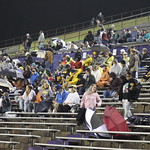