Mr. Emerson was born February 14, 1950, in Shreveport, Louisiana, to Dudleigh Welton Emerson and Lois Clara Smith Emerson.  He graduated high school in 1969.  From May 18, 1970 until May 19, 1978, Mr. Emerson served in the United States Navy.  He later joined the United States Army National Guard. Mr. Emerson was an avid outdoorsman, enjoying hunting, fishing and camping.  His favorite times were those spent with his family.

He is survived by

A host of friends

Preceded in death by

END_OF_DOCUMENT_TOKEN_TO_BE_REPLACED 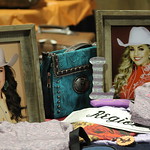