Britney Vargas, clarinet, and Kristyn Rader, trumpet and THS Head Majorette, were awarded positions in the Lumberjack Marching Band when they auditioned in April.  Their friends and family look forward to watching them perform in Nacogdoches this fall!

Connor Timmons, percussion, and Blake Johnson, baritone and THS Drum Major, auditioned earlier in the semester and were notified on May 15 of their acceptance into the Fightin’ Texas Aggie Band.  They were both assigned to B-Battery, one of the six outfits in the FTAB.  Connor and Blake set a goal of being in the Aggie Band when they were in 8th grade, and are excited to have finally achieved this goal!

Britney will major in nursing at SFA, and Kristyn plans to earn a degree in interior design.  While at A&M, Connor will pursue a Pre Med degree, followed by medical school, and Blake will be majoring in Political Science and plans to attend law school.

We are proud to say that before these students became Lumberjacks and Aggies… they were BEARS!  We are so proud of them and look forward to seeing them pursue their passion for marching band at the collegiate level!

END_OF_DOCUMENT_TOKEN_TO_BE_REPLACED 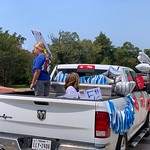 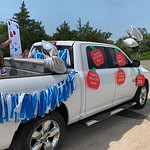 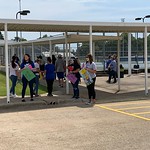 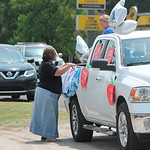