Student leaders from Timpson High School will be recognized on Thursday May 3, 2018, at 10 am by Teens in the Driver Seat® (TDS), State Farm, and the Texas Department of Transportation for their achievements in the annual TDS Cup Competition. TDS rewards teams with points for active participation in the program throughout the 2017-2018 school year. This is the 4th year that Timpson High School has come in first place in 1A/2A division, competing with schools across the state for the TDS cup and winning $1,000 for their program.

The Teens in the Driver Seat Cup competition is made possible by support from State Farm. The Cup encourages students to be active throughout the year, rewarding them points for every safe driving activity reported. The contest is highly competitive and taking first place is no easy feat. Activities include; outreach on campus, activity online via social media, participating in Zero Crazy –a pre- and post-observation activity near campus with educational messaging in-between to change seat belt and cell phone use behavior–and conducting school-wide knowledge surveys of self-reported teen driver and passenger behaviors.

In addition, the TDS Sponsor at Timpson High School, Danielle Smith will be awarded the Sponstar Award which is given to sponsors who go above and beyond to help their students address teen traffic safety issues on their campus. Their work is an invaluable tool in helping to stop the leading cause of death for teens –car crashes.

“Teens in the Driver Seat believes that young drivers are more effective at communicating safe driving practices to their peers than anyone else,” said TDS Director Russell Henk. “This contest gives teens a creative way to engage their peers in a positive way.”

END_OF_DOCUMENT_TOKEN_TO_BE_REPLACED 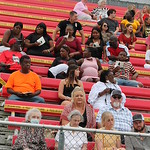 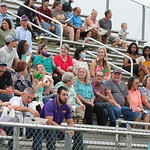