Shelby County is home to two state 2A champion powerlifters.

Joaquin's Desere Cooper won back-to-back state power lifting championship. She took first at the Saturday, March 17 state meet in Waco. Competing in the 198-pound class, Cooper lifted a total of 1,010 pounds (425 squat, 180 bench and 405 deadlift). Cooper qualified for the state meet in each of her four years at Joaquin High School.

For the Shelbyville Lady Dragons, Katie Casey finished first in the 259-pound class, with lifts totalling 1,105 pounds (500 squat, 425 deadlift, 180 bench). It was her fourth consecutive state championship. She set a new record in the squat and for total pounds.

As a team, Shelbyville placed fifth.  Madison Taylor took third-place in the 165 pound weight class. She lifted a personal best in the bench and dead lift and finished with an 820 total. Brittany Payne finished in sixth place, narrowly missing out on a fifth place medal. Diana Valencia finished eighth. Both Brittany and Diana competed in the 97-pound weight class and both lifted personal best in all three of their lifts. Freshmen Jada Moore finished ninth.

This week in the boys' state meet, Zach Bell will be competing at Abilene. Zach placed second at the regional meet in the Super Heavyweights. He recorded lifts of 700 squat, 415 bench and 525 in the deadlift for a total of 1,640 pound.

END_OF_DOCUMENT_TOKEN_TO_BE_REPLACED 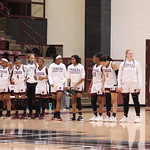 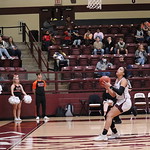 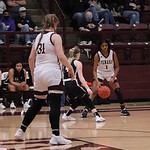