“I bet you don’t remember me,” the woman on the other end of the line said in a cheerful voice. I talk to a lot of customers each day, so I couldn’t imagine who she was.

The stranger on the phone began to remind me of a night almost a year ago when she woke me just before 4 a.m., lost and afraid somewhere near Beaumont and headed straight into flood waters.

She makes a monthly business trip from Florida to Houston and in the pre-dawn hours as she approached the state line, she discovered Interstate 10 was closed due to flooding caused by Hurricane Harvey. She had driven north a few miles, detoured onto a couple of farm roads thinking they would take her around the closure and now she was lost. She somehow found my state number online and couldn’t believe she was talking to a real person.

We laughed as we recalled the events of that night, but it was no laughing matter at the time. It has been a year since Hurricane Harvey changed so many lives, dropping more than 60 inches of rain that caused catastrophic flooding along the Gulf Coast, Houston and Beaumont areas.

My caller was looking for directions, but when I opened drivetexas.org to find her location, I quickly realized she was driving straight into flood waters. I told her to turn around and what to expect if she didn’t. She asked me to stay on the phone with her until she found her way to Interstate 49 in Louisiana where I directed her to drive north to Shreveport and cross the state line. It was the closest crossing into Texas that was not flooded.

In the 30 minutes or so that we were on the phone together we talked about kids, jobs, dogs, ex-husbands and anything else I could think of to keep her from feeling alone and afraid in the dark. She was mid-sentence when she spotted the interstate sign and shouted with relief.  We hung up and I figured that would be the last I heard from her. When she called last week, she told me that when we hung up that night she decided to find a hotel room. She returned to Florida the next day.

I told my caller that many people think TxDOT only builds and repairs roads. The truth is our resiliency has been tested over the past 100 years. We have stood strong and remain safety trained, ready to take on the challenges of storms the likes of Harvey. So many TxDOT employees helped to rescue and rebuild during those weeks of great need, leaving their own homes and families to work along the Gulf Coast.

I know on this first anniversary of Hurricane Harvey there are many people just like my caller who are looking back and counting their blessings, and like so many other TxDOT employees also remembering those days, we are glad we were there to help.

She said she will always remember this one night that could have turned out very differently had she not reached a stranger on the phone.

END_OF_DOCUMENT_TOKEN_TO_BE_REPLACED 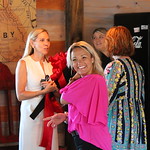 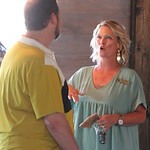 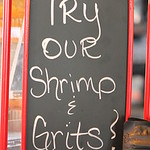