AUSTIN — A few of the funding priorities expressed by the executive, legislative and judicial branches are not covered in Senate Bill 2, the state’s tentatively approved appropriations bill for fiscal years 2020 and 2021.

So, on March 13, the Senate voted unanimously in favor of SB 500, $6 billion in supplemental funding to plug many holes. Some $4.3 billion of the total would be taken out of the Economic Stabilization  (“Rainy Day”) Fund. Authored by Senate Finance Committee Chair Jane Nelson, R-Flower Mound, the legislation proposes the following allocations:
• $3 billion for Hurricane Harvey recovery expenses;
• $2.1 billion to address the Medicaid shortfall;
• $100 million for school safety, with an amendment that gives districts greater flexibility on the type of safety equipment they can buy;
• $300 million to improve state hospital facilities;
• $542 million to address pension liabilities for the Teacher Retirement System and provide retired teachers a “13th check” up to $500;
• $211 million to pay obligations of the Texas Tomorrow Fund, a college tuition savings program;
• $160 million to address the Correctional Managed Health Care shortfall; and
• $100 million to refill the Governor’s Disaster Fund to help rebuild from natural disasters.
“The supplemental budget provides funding for some of the Legislature’s key priorities: Hurricane Harvey relief, school safety and healthcare needs. It provides significant resources to improve the state’s flood control infrastructure and helps communities along the Gulf Coast rebuild,” Nelson said.
Sen. Brandon Creighton, R-Conroe, said hurricane disaster recovery and flood mitigation “are exactly what the Rainy Day Fund was designed for” and added that the fund, now at a historically high balance, is projected to reach $15 billion. The state constitution caps the maximum biennial “Rainy Day Fund” balance at an amount not to exceed 10 percent of certain general revenue deposited during the previous biennium.
Declaration is extended
Gov. Greg Abbott on March 15 extended the state disaster declaration he originally issued on Aug. 23, 2017, to counties affected by Hurricane Harvey.
Thirty counties were named in the original declaration. As reports revealing the extent of the disaster came in, Abbott amended the declaration on Aug. 26, 27, 28 and Sept. 14, 2017, to include 30 more counties.
Abbott has renewed the disaster declaration every month since then, saying that a state of disaster continues to exist in those same counties.
Panel OKs pension bill
The Senate State Affairs Committee on March 14 approved SB 12, legislation to keep the state’s Teacher Retirement System fund actuarially sound by increasing teacher, school district and state contribution rates gradually over the next few years.
Last August, at the end of fiscal year 2018, the fund had $47 billion in unmet debt obligations and a funding period of 87 years, the time it would take to pay off all of its liabilities under current revenues, according to the Senate News Service.
If nothing is done, unfunded liabilities would increase to $124 billion by 2050, said Sen. Joan Huffman, R-Houston, chair of the committee. Under her proposal, the active teacher contribution would rise from the present 7.7 percent to 8.25 percent in 2024; state contributions would rise from 6.8 percent of payroll to 8.25 percent over the same period, and district contributions would rise from 1.5 percent of eligible payroll to 2 percent by 2025.
SB 12 next moves to the full Senate for consideration.
Effort targets trafficking
The Texas Department of Transportation, in partnership with the governor’s office, law enforcement and industry partners, on March 12 announced the launching of the “On the Road to End Human Trafficking” initiative.
Similar to a neighborhood watch program, the initiative encourages everyone to know, watch for and report signs of trafficking.
TxDOT said University of Texas research showed more than 300,000 people are trafficked in Texas at any given time, including 79,000 youth victims. “These innocent human beings are horrifically abused by being forced into slavery, either in the form of hard labor or sex/prostitution,” TxDOT said.
TxDOT is encouraging citizens to use a toll-free, confidential phone number, (888) 373-7888, to report suspected trafficking. Victims are encouraged to call 911.
Report: 11 measles cases
Eleven cases of measles have been reported in the Lone Star State since Jan. 1, according to information posted by the Texas Department of State Health Services.
In all of last year, nine cases of measles were reported statewide, the agency said.
The DSHS and the Atlanta-based U.S. Centers for Disease Control and Prevention recommend children get a dose of measles vaccine at 12 to 15 months of age and again at 4 to 6 years old.

END_OF_DOCUMENT_TOKEN_TO_BE_REPLACED 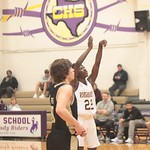