Two historic milestones are being celebrated this month at Stephen F. Austin State University. In addition to the 95th anniversary since its founding in 1923, the university has marked its first enrollment of more than 13,000 students.

The total enrollment increased more than 4 percent, from 12,614 students in fall 2017 to 13,144 students this fall. An increase in undergraduate students, from 10,985 to 11,398, accounts for a portion of the increase, along with more than 100 additional students in the graduate school, which currently enrolls 1,746.

“It is extremely gratifying to achieve this goal during the academic year when we will celebrate all that the university has accomplished in its 95-year history,” said Dr. Baker Pattillo, SFA president. “I am grateful to everyone across campus who has worked toward the university’s commitment to opening our classrooms to serve more students, as we provide opportunities that transform lives and expand the pipeline of talent that fuels progress in our region and across the country.”

Erma Brecht, who joined the university in June as executive director of enrollment management, said the university’s efforts to establish meaningful and sustained enrollment growth will continue. She said a focus on partnerships with community colleges to offer a seamless transfer process for their students into targeted programs, as well as serving as a dual-credit provider to East Texas high schools, contributed to the current increase in undergraduate enrollment.

“Both of these initiatives align with the Texas Higher Education Coordinating Board’s plan to increase the percentage of Texans who hold a certificate or degree,” Brecht said. “SFA is increasing degree completions with high-need populations by serving diverse groups, including nearly 1,200 economically disadvantaged graduates in 2017.”

The coordinating board’s strategic plan 60X30TX (60 by 30 TX) aims that by the year 2030 at least 60 percent of Texans ages 25 to 34 will have a certificate or degree, with at least 550,000 students completing a certificate, associate, bachelor’s or master’s from a Texas institution of higher education.

Enrollment in SFA’s graduate programs increased by more than 100 students, from 1,629 in fall 2017 to 1,746 this fall. Dr. Pauline Sampson, dean of the graduate school, said the increase is a result of the efforts of the deans of each college, as well as faculty members, to be extremely responsive and proactive in recruitment efforts.

“Weekly reports are sent to all program coordinators and deans with information on graduate student applicants,” Sampson said. “This allows coordinators to reach out to students and follow-up with them to assist in finishing the application process. This personal contact means a lot to potential Lumberjacks.”

The university will celebrate its 95th anniversary, and its historic enrollment number, during a ceremony at 11 a.m. Tuesday, Sept. 18, in the Student Center Plaza. Sen. Robert Nichols and Nacogdoches Mayor Shelley Brophy will participate in the event. Parking for visitors will be available in the Student Center parking garage.

END_OF_DOCUMENT_TOKEN_TO_BE_REPLACED 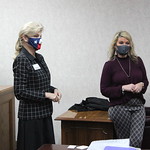 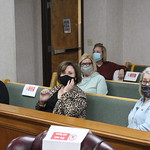 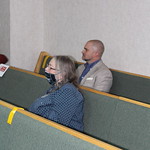 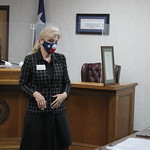 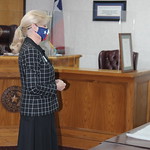