Center, Texas native, Del Shofner, passed away Wednesday, March 11 in Los Angeles of natural causes. Family was by his side. He was 85.

Born Delbert Martin Shofner to Bessie and Martin Shofner on December 11, 1934, Del thrived growing up with his brother James Richard and sisters Billie Jean, Mae, Ruth, Linda and Kathi, and surrounded by a large extended family. A Roughrider, he enjoyed all sports and wonderful, lifelong friendships.

Del attended Baylor University where he was a multi-sport star athlete. In addition to football, where he played running back, defensive back, punter, kickoff and punt returner for the Bears, he played basketball, baseball and was a sprinter on the track team. He was inducted into the Baylor Hall of Fame and is a member of the Southwest Conference Hall of Fame.

Del was the 1957 Sugar Bowl MVP as Baylor defeated No. 2 Tennessee, and this year he was inducted into the Sugar Bowl Hall of Fame.

A five-time NFL Pro Bowl receiver, Del was the LA Rams’ first round draft pick, 11th overall, in the 1957 draft. After spending his rookie season on the defensive side of the ball, he was switched to offense in 1958 and had immediate success, leading the NFL with 1,097 receiving yards and earning First-Team All-Pro honors.

Del was also First-Team All-Pro in 1959, and then was traded to the New York Giants following the 1960 season where he had his greatest success. With Y.A. Tittle at quarterback, Tittle and Shofner became one of the most feared QB-receiver duos in NFL history.

In 1961, he had 1,125 yards and became the first player in NFL history to have a pair of 1,000 receiving yard seasons. He also made NFL history from 1961-63, becoming the first receiver with 1,000 yards in 3 consecutive seasons. He was voted into the NFL All-Decade team for the 1960s as a First-Team member by voters of the Pro Football Hall of Fame.

Toward the end of his football career, Del began working in the feed commodities business and enjoyed working with cattlemen, poultrymen, and farmers throughout the country. He and his wife, Carol Seley Shofner, enjoyed family time and breeding and racing thoroughbreds. Their greatest success in horse racing was with Think Snow who raced against Affirmed in 1978. Del also loved playing golf.

Del and Carol were married in 1963 and raised their family in San Marino, California. Carol passed away in 2015. Del is survived in Love by his three children, Laurie Shofner Corwin, Stacey Shofner Gates and David Shofner, five grandchildren; Madison, Alex, Shea, Emily and Jacob, sisters Ruth, Linda and Kathi and many nieces and nephews.

In lieu of flowers, the family asks that donations be made in memory of Delbert “Del” Martin Shofner to the Roughrider Scholarship Foundation, Attn: Kelle Williams, PO Box 152, Center, Texas 75935.

END_OF_DOCUMENT_TOKEN_TO_BE_REPLACED 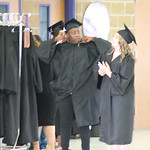 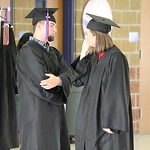