Early voting for the Shelby County July 14 runoff elections will be held at the Center Community House on San Augustine Street just as it was during the March primary elections, according to Jennifer Fountain, Shelby County Clerk.

She said that has been made possible through the cooperation of Center city officials City Manager Chad Nehring and Tommy Hughes.

• We will be closed Friday, July 3rd, for the holiday weekend.

“Of course, due to the Covid-19 pandemic, if anyone that does not meet voting by mail criteria above but has an underlying health issue and feels unsafe to come inside the polling place to vote, we are more than happy to offer curbside voting, which means we will bring the ballot out to your car for you,” Fountain said.

The runoff election was originally scheduled to be held in May but was delayed by Texas Gov. Greg Abbott after the coronavirus pandemic hit the state of Texas.

Runoffs happen whenever a single candidate doesn't cross the 50 percent threshold in the March primary. Several races are in a runoff.

In Shelby County there are three local races on the Republican July 14 runoff ballot. Topping the slate is a county-wide race for sheriff

Since none of the five candidates received a majority of the vote Windham and Johnson will square off in the July 14 runoff.

Windham is chief deputy with the Shelby County Sheriff's Office and has been with the department since May 2014.

Johnson is a former Shelby County Sheriff who said he has been a certified Texas Peace Officer for 46 years and serves as an assistant constable in Shelby County Pct. 3.

For the Pct. 3 Shelby County Commissioners seat there is a runoff between Stevie Smith and David Cheatwood. The two topped a three candidate field in the March Republican Primary with no candidate receiving a majority of the vote.

In the five-way March GOP primary race for Pct. 3 Justice of the Peace there will be a runoff between front runner Melba Rodgers with 438 votes (42.2%) to second place finisher Darrell Alford with 298 votes, or 28.71 percent of the total.

Whoever wins will go on to face U.S. Sen. John Cornyn, R-Texas, in the fall. The other statewide Democratic primary runoff is for a seat on the Texas Railroad Commission, a regulatory agency that oversees the oil and natural gas industry.

Important dates in the 2020 election cycle:

Runoffs happen whenever a single candidate doesn't cross the 50% threshold in the March primary. Several races are in a runoff.

END_OF_DOCUMENT_TOKEN_TO_BE_REPLACED 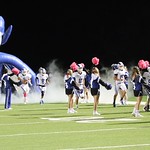 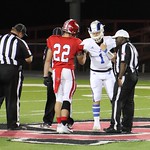