Construction to start on downtown streetscape project after Labor Day

Sat, 08/17/2019 - 9:44am
First phase to begin at intersection of San Augustine and Austin streets
Staff reports

Center's long-planned major downtown revitalization project is slated to get kicked off the week after Labor Day.

The downtown square streetscape project has been held up from a start date originally scheduled in July after Texas Department of Transportation officials extended a study of downtown traffic flow an extra 30 days. TxDOT announced state officials wanted to study the impact of moving traffic flow from regular traffic signals moving from red, yellow and green lights to flashing red lights and now the installation of stop signs at the four intersections entering the square.

Center City Manager Chad Nehring on Monday at a city council meeting said a pre-construction conference had been held earlier in the day with the project's design and construction teams.

The Fain Group of Fort Worth, which has been involved in downtown revitalization projects in Ennis, Granbury and other communities, will be doing the construction work.

“After meeting with the individuals involved I have to express my enthusiasm with the contractor we're going to have,” Nehring said. “In dealing with proprietors and businesses and customer bases, they've been doing this consistently for several years.”

Nehring said the firm's representatives is familiar with projects and is well aware of what they will face on a project like this.

Nehring said there may be some downtown activity prior to the Sept. 3 start date as materials and equipment may arrive.

“I think we have a wonderful team for both design and construction,” he said.

Regarding traffic issues being reviewed in conjunction with the project, Nehring said stop signs are expected to be installed in the coming week as flashing red lights in use since June are scuttled.

Nehring said he feels confident the project will advance with the state's blessing.

Construction on the much-anticipated Center Downtown Streetscape project is set to begin the week of September 2, 2019. The $3.9 million project was awarded to The Fain Group who has experience with similar projects in Ennis and Granbury.

“The City Council took the bold step to self-fund this project,” said Center Mayor David Chadwick. “This project is not meant to just make our Downtown pretty but to encourage additional investment in the City.”

The construction area will include all public infrastructure from the Courthouse retaining wall to business storefronts. Major components of construction include resurfacing of all roadways and parking with adjusted grades to improve surface drainage, reinstalling previous mid-block crosswalks including handicap access and parking stalls, removing the varying grade changes

between parking and storefronts, adapting all four intersections to provide safer pedestrian crossings, and transitioning to three way stops.

In addition to traffic components, this project includes beautification of the entire area by replacing all street light fixtures, adding landscaping with irrigation and expanding sidewalks at storefronts and including landings at each intersection.

“We have been fortunate to have assembled a great team for design from White Oak Studios in Houston, the engineering from Everett Griffith in Lufkin, and The Fain Group,” explained Center City Manager Chad Nehring.

Construction will be divided into four distinct segments comprised of one intersection and half blocks in each direction.

The initial construction zone will include the intersection of San Augustine and Austin and extend one-half block up each street. Upon substantial completion of that quadrant, construction will proceed clockwise around the square concluding with the Shelbyville Street corner.

After completion of the major roadwork and sidewalks, the landscaping and lighting with be finished. Construction should last approximately three months for each quadrant and be completed near September, 2020.

Detour signage will be placed to assist drivers to avoid the intersection under construction. Existing sidewalk access to all businesses will be available throughout the entirety of the project but adjacent parking will be impacted.

“Once this project is complete, Center will have a beautiful community heart that will rival any other town,” Chadwick concluded.

For more information, the master plan for the downtown square with detailed renderings of this project can be viewed at the City’s website – www.centertexas.org.

END_OF_DOCUMENT_TOKEN_TO_BE_REPLACED 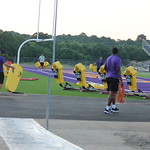 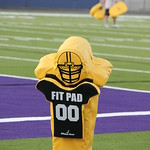 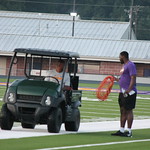 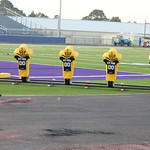 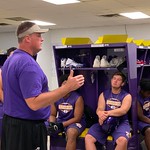 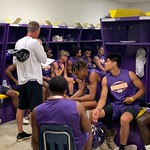