Shannon James
“Almighty God we stand here today to pay tribute to the brave men and women - living and dead - who have served their country in the Armed Forces,” said VFW Post 8904 Quartermaster, Larry Hume.

Starting the program off with prayer, members of the VFW Post 8904 and the Auxiliary held their 2020 Veteran’s Memorial Program on the grounds of the 1885 Shelby County Historic Courthouse, on Veterans Day morning, November 11, for a Memorial Wreath Laying in honor of all Veterans who have served.

The VFW and Auxiliary always invite Veterans and citizens to join these programs.

“Almighty God we stand here today to pay tribute to the brave men and women - living and dead - who have served their country in the Armed Forces,” said VFW Post 8904 Quartermaster, Larry Hume.

“Accept our thanksgiving for their sacrifices and the sacrifices of their families. Let us never take for granted their devotion to Liberty,” he said.

After prayer, a few words and recognition of Shelby County’s Veterans from Hume, the Veteran’s Day Memorial Wreath was laid by Senior Vice Commander of the Post, Newton Johnson Jr.

“As Veterans of foreign wars and as members of an organization whose primary mission is to serve and care for those who have served - we understand that Vetran’s Day has a deep significance. To those of us today who are here, today isn’t just another day,” said Hume.

“To the more than 1.5 million members of the VFW and the Auxiliary, today is a day to celebrate and a day to honor the millions of Soldiers, Marines, Sailors, Airmen and Coast Guards who have selflessly gone wherever and whenever they were called,” he said.

The VFW and Auxilary’s next meeting outside the Shelby County Historic Courthouse will be December 7t at 11:00 a.m. in honor of Pearl Harbor Day.

END_OF_DOCUMENT_TOKEN_TO_BE_REPLACED 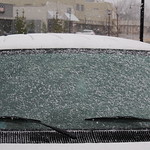 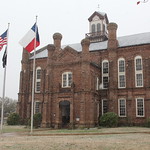 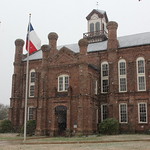 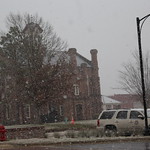