NOTE: This article originally was published in the July 11 print edition of The Light and Champion.

The Center City Council last week took yet another step towards bringing the long-planned downtown revitalization project to reality.

While plans had been approved, financing put in place through the sale of certificates of obligation and a bid had been awarded for construction the streetscape project still needed a stamp of approval from the Texas Department of Transportation. That is needed since the makeover of downtown streets involves state maintained highways, officials said.

City Manager Chad Nehring said there is only one issue remaining with TxDOT.

“The submission to TxDOT has resolved all matters with the exception of the final traffic signal determination,” he said in memo to council members prior to Monday's regular council meeting. “As submitted, the intersections would be controlled by stop signs and the signal lights removed.”

If TxDOT officials approve the removal of traffic signals and installation of stop signs at all four intersections that would require a separate municipal use and maintenance agreement between the city and the state, Nehring said. At Monday's meeting the council approved authorizing Mayor David Chadwick to execute the final agreements.

“The municipal use agreement grants approval by TxDOT to install and construct the submitted improvements on rights-of-way owned/controlled by the state,” he said. The municipal maintenance agreement will amend a prior agreement the city had with TxDOT from 2011 stating the city would be responsible for maintenance/repair of special finished related to the downtown renovation project.

Nehring said the agreement would exempt the state from replacing those materials for repair or replacement if needed. He said TxDOT officials have no issues with the streetscape project itself.

In mid-June TxDOT officials announced they would be doing a 30-day study of traffic flow around the square after changing traffic signal lights from cycling through red, yellow and green to flashing red forcing motorists to stop at all four intersections before proceeding. They said a decision on whether to return to regular stop lights or move to four-way stops would be made after the conclusion of that study.

In other action at Monday's meeting the council unanimously approved use of the downtown square for the Fall Festival of Hope planned for Oct. 19 by the non-profit group Boo's Benefit for cancer survivors.

The council also approved a request from the Shelby County Chamber of Commerce related to this fall's East Texas Poultry Festival. Among the requests was one for a temporary street closure on Sept. 25 for the Doo Dah Parade; and requests for street closures for the 5k Chicken Trot and Fun Run on Oct. 5 and for street closure for Shelbyville Street on Oct. 5.

END_OF_DOCUMENT_TOKEN_TO_BE_REPLACED 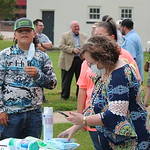 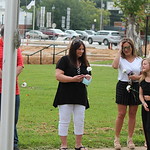 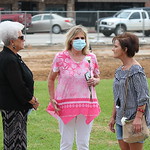 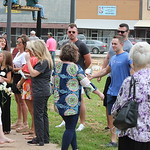 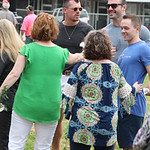 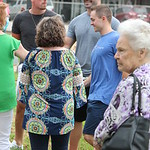