AUSTIN — Texas lawmakers have yet to cast final votes on the marquee issues of the 86th regular session of the Legislature: the state budget, school finance reform and property tax relief.

Conference committees named by House Speaker Dennis Bonnen and Lt. Gov. Dan Patrick, who presides over the Senate, must complete their work on the state budget and the other top issues hastily in order to meet deadlines and deliver the finished products to their respective chambers.
While little time remains for the bodies to address other issues, many measures can make it through both houses if Bonnen and Patrick want.
The largely ceremonial last day of the session will be Monday, May 27 — Memorial Day.
Meanwhile, here is a random sampling of bills passed by the House and Senate that have either been signed into law by Gov. Greg Abbott or are on his desk, waiting for him to take action on them:
—HB 302 by Rep. Dennis Paul, R-Houston, and sponsored by Sen. Bryan Hughes, R-Mineola: Amends law relating to the carrying, storage or possession of a firearm or firearm ammunition by certain persons on certain residential or commercial property.
—HB 547 by Rep. Terry Canales, D-Edinburg, and sponsored by Sen. Charles Perry, R-Lubbock: Amends law by allowing Texans to use as proof of a hunting or fishing license a digital image of the license on their phone.
—HB 793 by Rep. Phil King, R-Weatherford, and sponsored by Sen. Brandon Creighton, R-Conroe: Amends the law relating to certain government contracts with companies that boycott Israel.
—HB 1785 by Reps. Giovanni Capriglione, R-Southlake and Sarah Davis, R-Houston, and sponsored by Sen. Joan Huffman, R-Houston: Amends the law relating to the information required to be disclosed in a registration form for lobbyists.
—SB 450 by Sen. Beverly Powell, D-Burleson, and sponsored by Rep. Will Metcalf, R-Conroe: Amends the law by changing from Feb. 1 to April 1 the annual deadline by which the board of directors of a Type A or Type B economic development corporation is required to submit a certain annual report to the comptroller of public accounts.
—SB 726 by Sen. Judith Zaffirini, D-Laredo, and sponsored by Rep. Stan Lambert, R-Abilene: Amends the law by raising the cap on the aggregate of community development investments to 15 percent of a state bank's unimpaired capital and surplus.
—SB 999 by Sen. Donna Campbell, R-New Braunfels, and sponsored by Rep. John Zerwas, R-Richmond: Amends to the law to require the Department of State Health Services to create a state plan for education on and treatment of Alzheimer's disease and related disorders.
Focus: hurricane dangers
Gov. Abbott on May 7 issued a proclamation to raise awareness about the dangers of hurricanes and the precautions Texans can take as hurricane season approaches.
Abbott proclaimed the week of May 5 to May 11 as Hurricane Preparedness Week, and in doing so called Texans to take steps to protect families, communities, neighborhoods and local economies.
Abbott suggested Texans visit https://gov.texas.gov/hurricane to learn more about the steps they can take now to prepare for hurricane season, such as:
—Put together an emergency supply kit;
—Create a communication plan with your family; and
—Know where to go.
Bush: Think about pets, too
In observance of National Animal Disaster Preparedness Day on May 11, Texas Land Commissioner George P. Bush urged Texans to plan for the whole family, including pets, when preparing for severe weather.
“Hurricane Harvey devastated communities and left thousands of pets in need of rescue,” Bush said. “When severe weather is in the forecast, make sure your pets are prepared by creating an emergency kit.” A kit would include such items as:
—Adoption information papers;
—Collars and leashes;
—Medicine; and
—Pictures of you and your pet together.
“Remember, many temporary evacuation shelters don’t allow pets, so make sure you have a plan in place for your whole family,” Bush added.
Comptroller sends revenue
Texas Comptroller Glenn Hegar on May 8 announced he would send cities, counties, transit systems and special purpose taxing districts $867.7 million in local sales tax allocations for the month of May.
The amount is 0.7 percent more than the monthly distribution for May 2018.
Sales tax allocations are based on sales made in March by businesses that report tax monthly, and sales made in January, February and March by quarterly filers.
center weather forecast

END_OF_DOCUMENT_TOKEN_TO_BE_REPLACED 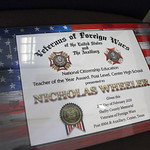 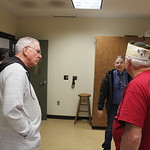 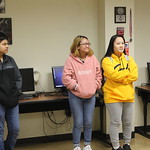 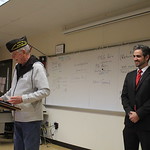 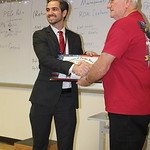