The next time you hear from me, the 86th Legislative Session will have come to an end. On average only about 1 in 5 bills will make it successfully through a legislative session.

At the writing of this column, approximately nine percent of the 7,324 bills, filed in the Senate and House, have been passed and sent to the Governor. This number will continue to rise. In 2017, 18 percent passed and in 2015, it was 21 percent. .

To ensure a students rights of free speech are protected on the approximately 38 public colleges and universities in Texas, SB 18 was recently passed and would create a uniform policy statewide. Universities must establish all common outdoor areas as traditional public forums and allow anyone, even those not affiliated with the university, to exercise their freedoms there, as long as they are lawful and don't disrupt the functions of the campus. Universities would be allowed to put restrictions on the time, place and manner of free speech activities to ensure there is not a disturbance on campus. As amendments were added to the bill in the House, the differences must be worked out in the Senate before it can be sent to the governors desk.

The Battleship Texas is a historic landmark and is a representation of our nations history. The oldest surviving battleship in America, the battleship took part in some of the most significant battles in both World Wars. In 1945, she carried soldiers and provided support during landings all throughout World War II, including the landings for the battle of Okinawa, which was the final great amphibious assault. When it was retired, it was given to the State of Texas and now sits as a memorial at the San Jacinto Monument in Houston.

After years of sitting in water the ship has developed severe damage in its hull which has become a challenge for the State of Texas as well as Texas Parks and Wildlife, which manages the ship. SB 1511, which I authored, has passed both chambers. The provisions of the bill allow the state to have flexibility in its operation and preserving its historic value for future generations. I will continue to keep you updated as we move forward in the process.

One of the many reasons Texans are proud to live in their state is that there is no state income tax, as in so many other states. To ensure this continues, the Legislature has passed House Joint Resolution 38, which prohibits the state from imposing an individual income tax on Texans. Unlike other legislation, the approval of the governor is not needed for a resolution such as this. It will be sent to the Secretary of State's office and will appear on the ballot in November. Voters will then have the final say during the election to approve or reject the constitutional amendment.

In the past few years, Texas has been hit by many natural disasters. During those times, concerns have been raised on how Texans can transport their firearms. To address this, the Legislature has passed HB 1177. It allows those who are complying with a mandatory evacuation order to be able to carry their firearms without a license so long as they are not prohibited by state or federal laws from possessing a gun. This would only be allowed for up to 48 hours, however a provision of the bill allows the governor to extend the two-day time period if needed.

The Senate and House have passed SB 21, which raises the minimum legal age of tobacco distribution, possession, purchase, consumption of cigarettes, e-cigarettes, and tobacco products from 18 years of age to 21. There is an exception to this law for those in the military who are 18 and older. National data has shown approximately 95 percent of adult smokers began smoking before they turned 21, with many starting even younger. Currently, seven states and 380 cities have increased the minimum legal age of tobacco purchase to 21. Supporters of increasing the age believe adolescents are particularly vulnerable to the addictive effect of nicotine and nicotine addiction, and that it can inhibit the development of the brain and its cognitive functions. Those against the increase don’t believe it will stop those under 21 from accessing tobacco.

END_OF_DOCUMENT_TOKEN_TO_BE_REPLACED 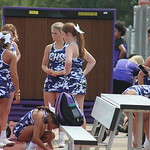 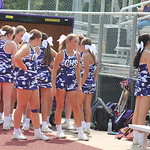 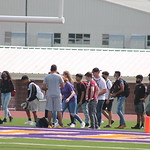 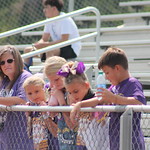 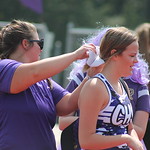