City officials on Monday shared words of appreciation to Center emergency workers, law enforcement and others who pitched in over the weekend to assist with tornado and storm damage and debris cleanup.

National Weather Service officials fro Shreveport confirmed the county and city were hit with damaging winds and tornado activity late Friday and early Saturday morning. Mayor David Chadwick said he has personally received a number of comments over the past 24-to-48 hours.

“That is that appreciation for our police department, out street department, water and sewer people for the prompt attention that they gave to those hit with wind and debris with trees on their homes,” Chadwick said at a City Council meeting Monday evening.

“We appreciation their dedication. Saturday is not a favorite time to get up in the rain and the dark, but our staff are dedicated and we thank them for that,” he said.

City Manager Chad Nehring echoed that appreciation for the quick and professional response from workers responding to storm damage.

“I want to further compliment our staff for getting a crew together on a Saturday for getting quite a few trees, more than we're used to, that had fallen across the roadways cleared,” Nehring said.

“I think they had all the streets open and passable by dinner time.”

According to meteorologists at the National Weather Service in Shreveport, the tornado started at about 12:39 a.m. on the southwest side of Center and traveled about six miles.

“This tornado began just to the west of Highway 7 on the southwest edge of Center and continued on an east-northeast path for roughly 6 miles,” NWS meteorologist reported.

The tornado was reported to have cut through several neighborhoods on the south and west side of the town.

“It was fortunate the tornado’s estimated winds mainly remained less than 100 mph through this portion of the path,” NWS reported.

Even with those winds the tornado was still capable of uprooting trees and snapping trunks in half along its path, throwing them and causing roof damage to many structures and homes.

“The worst example of this was probably in the Lakewood subdivision just off of Highway 7,” NWS reported. “Here, one minor injury occurred as a fallen large pine tree heavily compromised the roof structure of a residence.”

“In addition, a handful of residences farther east, along Ballard street, sustained significant damage from falling trees,” officials reported. A part of the house broke and hit the occupant in the head, leaving the occupant more shocked than injured.

As the tornado continued east, roof and structural damage to residences in the vicinity of Martin Luther King Drive occurred from falling trees and high wind speed.

The meteorologist reported there was an additional structural damage due mainly to wind.

“On Loop 500 E, on the southeast side of the town, there was an additional structural damage due to mainly wind, although a few of the compromised structures were likely vacant and already in a heavy state of disrepair before the tornado,” officials said.

The tornado's path then continued into more rural areas on the eastern outskirts of Center. County Road 3047 was reported to have a “majority of chicken houses set up in an array, had some roof paneling removed with a few of the houses having most roof paneling removed and some associated damage to the fundamental structure.

“The damage at this point was likely the most impressive concentrated damage of the tornado,” said Shreveport meteorologist.

Lasting roughly 10 minutes, the tornado was reported to have lifted shortly after its damage on CR 3047, ending at around 12:49 a.m., NWS officials said.

Interestingly, the tornado lifted shortly after hitting this point. Most of the trees in the path were blown down to the north or north-northeast, while most random trees found blown down outside of the path fell in more of an east to east-southeast direction, the NWS reported.

This damage pattern behavior is generally typical of weak and fast-moving tornadoes that accomplish most of damage on their south flanks.

The NWS said a special thanks goes out to the Shelby County Emergency Management office for their assistance in locating damage on the survey.

More information will be added to the NWS reports, as details become available, officials said.

END_OF_DOCUMENT_TOKEN_TO_BE_REPLACED 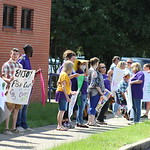 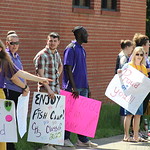 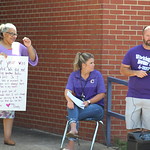 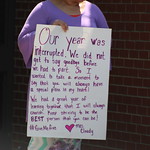 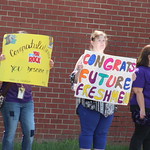 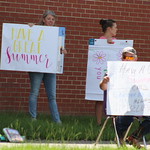