Tenaha's Bryant arrested for online solicitation of a minor

An investigator with the SCSO took over the conversation and began communicating with Bryant. From March 24-28, 2019, Bryant sent pornographic images and explicit conversations to the social media account. Bryant asked the underage female to engage in various sexual activities with him.

Further research led the investigator to uncover the identity of the individual whom he believed to be Bryant. The investigator traveled to the home of Bryant at approximately 1 a.m. on March 29, 2019, to speak with him regarding the communications. Bryant agreed to let the investigator search his phone and at that time it was discovered the social media app used for the conversation was not installed on the device. The investigator stated to Bryant that he believed Bryant deleted the app, and Bryant admitted he did.

Bryant was previously arrested June 15, 2017, for Sexual Performance of a Child (F-2). He was currently out on bond, awaiting the final disposition of his case. District Judge James A. Payne, Jr. issued an Order Revoking Bond for this charge. Bryant is not allowed to bond out on this charge.

END_OF_DOCUMENT_TOKEN_TO_BE_REPLACED 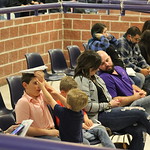 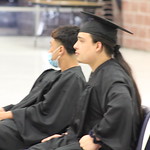