Shelby County Sheriff Willis Blackwell presented the county's commissioners' court on Wednesday with a costly option to getting the county jail to a point it can pass a Texas Commission on Jail Standards inspection.

In early May, the Shelby County Jail failed a state inspection on two issues. One was dealing with staff not filling out inmate screening forms correctly and the other was on malfunctioning jail cell doors which falsely indicate the cell doors are open on a control board when in fact the doors are securely locked.

While the first citation is easily remedied, getting the jail door issues fixed is going to be costly, Blackwell said.

“This bid is for all 55 locks, 33 of which are sending signals to the jail (control) board saying the doors are open, but the doors are not open,” Blackwell said. “It's been that way for the past 12 or 13 years, but the inspector that we had this year is the one that wrote us up for having this issue with the jail board and the locks.”

Harbison wanted to clarify that the locks are actually working correctly and that the issue is one of the electrical control board indicating the locks are not locked.

Blackwell said the locks have been in place since the 1980s when the jail was built.

“You can't get the parts for the locks unless you send the locks to the company to fix them for you,” he said. The company which has the potential replacement parts will not sell them to a vendor which could come on site to make the needed repairs, he said.

If the 33 locks creating the problem which the jail was written up for were replaced, Blackwell said the cost would be about $62,000.

Harbison said it would be more cost effective to replace all the locks.

“That would hopefully bring us up to date and we'd hopefully not have this problem for another 20 years,” she said. “This is pretty much the only thing keeping us from passing the jail inspection.”

If the county does not take care of the issue the Texas Commission on Jail Standards has the authority to close the jail down, officials said.

Commissioner Tom Bellmyer said the county had little choice in the matter.

“There is not an alternative, it's either we're not going to be in compliance or we need to spend $108,000,” Bellmyer said. “The idea that when they come back in 90 days if we can't show they've been repaired or that we have cut a contract with these people to repair them, that is our only hope. We have to either have it fixed or show good faith that we're in the process.”

Commissioner Roscoe McSwain agreed there really is not an option for the county.

“We don't have a choice,” he said. If the jail was closed then the county would have the expense of housing inmates in other facilities.

Blackwell said the firm he has been in contact with is ready to start work on the repairs. His office has been working with Montgomery Technology Systems, LLC, to obtain quotes for new locks and a new jail board control system.

The commissioners' court unanimously voted to move forward with making the repairs.

END_OF_DOCUMENT_TOKEN_TO_BE_REPLACED 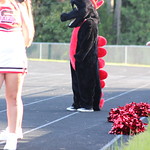