Jade Nutt Hogue said she has a lot to be grateful for as 2019 kicks off.

At the top of the list are family and friends — especially the newest member of the Hogue family — Watson Creek Hogue. Young Mister Watson Hogue was the first arrival of the new year at Nacogdoches Medical Center.

He arrived shortly after 7 a.m., Wednesday, Jan. 2. Jade said baby, mom and the rest of the family, including husband Todd Hogue, are all doing well and adjusting to the new arrival.

Among those having some bonding time with Watson Creek was his big brother, Copen, 6. With a bright gleam in his eyes, it was hard to tell whether he was more proud of the new baby brother or if his parents were.

“Creek’s big brother Copen is over the moon excited about his new baby brother,” Jade said.

Jade Hogue said she and Todd just wanted their newest family member to be healthy. And, when they arrived at Nacogdoches Medical Center there were several other mothers in the center's delivery room area.

“It really was a surprise. When we walked in there were two babies in the nursery and we figured they were the first ones of the new year,” Jade said. But NMC staffers told the couple the twins had been born new years' eve.

“But there were two girls in labor and a fourth getting ready,” she said. In all, NMC had five new year deliveries that day.

“By the time we got out there had been nine (babies) in all,” Jade said. Yet another surprise for the family was Watson's gender since the parents opted not to be told in advance.

“Everybody thought he was going to be a girl,” she said. Jade and Watson Creek were released from the hospital on Friday.

“My mom asked if we got anything for having the first one of the year and they said 'no, they don't do that any more,'” Jade said. She remembers hearing about free diapers or baby formula and other items presented to the first born at a facility in years past.

“We'll just have the satisfaction of knowing he was the first one born there in 2019,” she said. In addition to congratulations from family and friends, Watson Creek Hogue and his parents did get acknowledged with a front page spread in the Nacogdoches Daily Sentinel on Friday, Jan. 4, under the banner “New Beginnings.”
Young Watson Creek tipped the scales at 8 pounds, 3 ounces and was 20-1/2 inches long with an official time of birth being 7:17 a.m. On Jan. 2.

“He's healthy and that's all we can ask for,” Jade said. He was delivered by C-section.

Jade said she and Todd are both life-long residents of Center and are both Center High School and both came into the world at Nacogdoches Medical Center.

She said the name “Watson” is her grandfather's name and her mother's maiden name. Jade said for the middle name she wanted a name starting with the letter “C” because she liked the sound of it.

END_OF_DOCUMENT_TOKEN_TO_BE_REPLACED 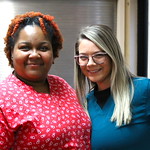 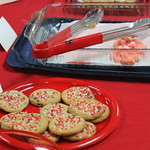 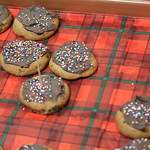 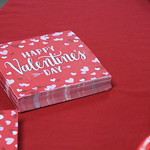 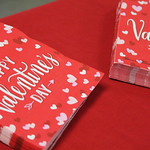 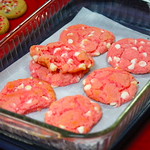 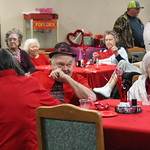