A long-time dream of bringing Center and Shelby County a full-service grocery story with a South of the Border accent became a reality this week for Oscar Uriostegui and Esiquiel Flores.

Many area residents might know the one of the new store's owners, Oscar Uriostegui, by his family operated“Mi Casita” drive-though located at Tenaha and Church street. Mi Casita has been at this location for many years.

This is a family run business that’s now decided to invest in the community in a very big way. They said they know Center is about to see some big changes.

Esiquiel Flores, co-owner said actual work on converting the space which formerly held Ace Hardware into a supermarket started in earnest about seven months ago.

“We are excited to finally be open in Center, many people have helped us and now it's all come together,” Flores said. “We're starting small and plan to grow over time.”

“There's not a good meat market out there,” he said. Cino de Mayo features about 60 cuts of meat with butchers on staff.

“We bake bread fresh daily and have breakfast ready in the morning,” Flores said. The aroma of fresh baked bread can often be noticed when patrons walk in the doors, he said.

Monday was the first day the grocery store was open and Flores said the bakery sold out of bread opening day.

“We have a kitchen where people can stop by in the morning for coffee, eggs and breakfast,” Flores said. For lunch and dinner the kitchen has a buffet line for both dine-in and take out orders.

If the meat market, bakery and kitchen do not do the trick of luring customers into Cinco de Mayo, Flores said the store's produce section should.

“Fresh produce is the number one thing we have,” he said. “Fresh cut meats and fresh produce... right now we're aimed at the Hispanic market but plan to grow to serve both cultures” as a full service grocery, Flores said. “We'll be adding new product over time.”

Both men have been working closely with local businessmen Thomas Howard, with Ace Hardware, and David Masterson, owner of DAVMAR Art Gallery for the past year.

Flores said the renovation required a number of upgrades to accommodate the kitchen, meat market and bakery.

Together they have been designing and retrofitting the old Ace Hardware into a new grocery store that will have a huge fresh meat market, large commercial style bakery, pork skin cooking room, and a new “ buffet style” restaurant inside the store. This spring will see the store adding a “fresh seafood” section offering the community fresh seafood from the Texas coast. Mr Flores noted

“You can’t get the shrimp any fresher unless you go out and catch them," Flores said, We will get our shrimp and seafood right from the fish market on the Texas coast.” In addition to an excellent produce line up, Cinco De Mayo will also feature  locally grown fruits and vegetables in season, Uriostegui said.

“This has been a dream of ours for a long time. I knew it would take a ton of work but I also knew we could do this and do it right,” he said.

The new store will also be selling a variety of sprits in the near future as well as some other plans to breath a “ nightlife” into downtown Center.

Artist Masterson served as a consultant on the project.

“These guys have a really good vision and solid game plan which is right inline with our plans to develop the downtown square and the Bank Street Art District, the alleyway behind the galley and adjacent to Cinco De Mayo,” Masterson said.

“The store is still going through a few additions and changes as they settle in, but the doors are open and welcome everyone to come in and see what the buzz is all about,” Masterson said.

They claim if you try some free samples of their pork skins and bakery goods you will be hooked. Store hours will be seven days a week - Saturday 7 a.m. - 9 p.m.  The store, 128 Tenaha Street, is only one block west of the historic Center square.

END_OF_DOCUMENT_TOKEN_TO_BE_REPLACED 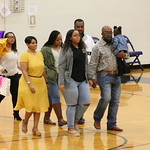 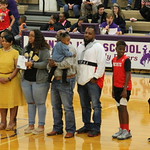 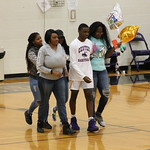